I used to often say things like, “I’m so behind on life” or “If I could just get caught up, this would be so much easier to maintain.”

It was a vicious cycle – I’d feel a little behind, then get overwhelmed about feeling behind so I’d put the task off a little longer, only by then the task was bigger so I’d put it off again, and before I knew it a small job had turned into a huge project!

I’ve since learned a great trick to not feeling behind all the time:
I simply decide that I’m not behind. 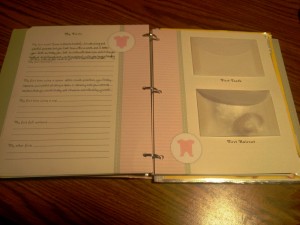 The baby book that I have yet to complete for my almost four year old? That’s not even on my schedule yet! I’m saving it for a rainy day this fall. Or next fall. Or the autumn after that…

Folders of pictures on my computer? Those aren’t on my list at all because I have a new great and simple plan for my photos!

I also decided jobs that won’t become more time-consuming when they’re not done regularly (like washing the car, mopping, dusting, etc.) can be done less frequently than what I should probably announce on the Internet. 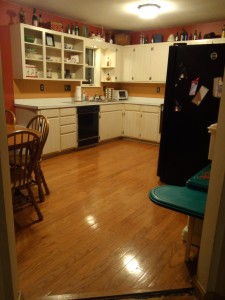 Deciding that I’m not behind doesn’t give me an excuse to never do anything – it just keeps me from feeling overwhelmed about thinking I need to do everything at the same time.

I think it’s important to do our best, but we also need to give ourselves grace when our best isn’t perfect.

So go ahead. Take something off your list by moving it to later, doing it less frequently, or deciding it doesn’t need done at all.

Don’t try to play catch-up – just start fresh where you are and choose to be perfectly okay with that.

Late people aren’t just late to school, work, or church. We also have overdue library books, we receive late fees on bills, we send out belated birthday cards, and we don’t use items in the fridge before they expire. There are things we can do to help with these problems. Keep borrowed items in one…

I’ve never been a morning person.  While I’ve always enjoyed the quiet stillness of early mornings, I generally wanted the coziness of my warm sheets and a few extra minutes of dream time more than I wanted to get out of bed and begin my daily tasks. I tried for years to become a morning…

As I have been paying attention to when and why we are late and learning to recognize patterns so that we can correct the issues, one thing I’ve noticed is that we were constantly searching for the same items. Where was the last place Lily read her Bible? Why can’t we find Grace’s church notebook?…

This week’s time-saving tip is to keep blank cards on hand. Doing so negates the need to run to the store for thank you notes, birthday cards, thinking of you cards, or any other card. Plus, since blank note cards are blank, you’ll need to write a few sentences of your own inside which usually…

If you can’t find your keys, shoes, jacket, or wallet because they’re buried under a pile of clutter, then chances are you’re going to be late. If you shove your mess into closets and under beds on a regular basis before company arrives, then you likely have too much stuff. When you run to the…

One thing I’ve noticed with my live declutter series is that many women want to clean their homes but they’re not sure how to fit organization in with their already busy schedules. I completely relate – it is not easy to wear all of the Mom hats AND add decluttering to the list! That’s why…