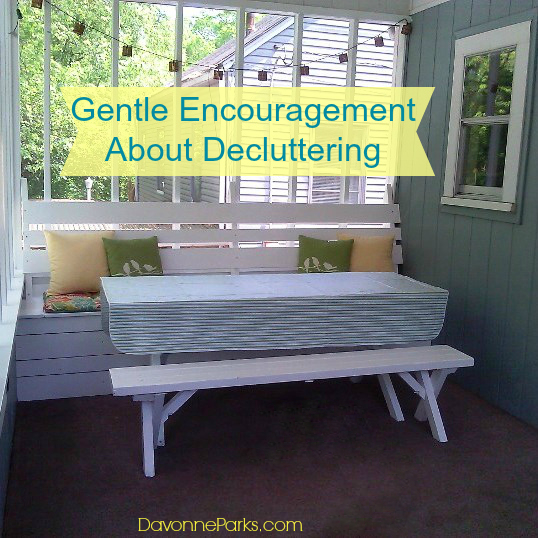 Before last year, I was an accidental hoarder. And while I’d tried to declutter my home several times before, my attempts, although somewhat successful, had also resulted partially in just moving some junk from one room to another. It was a bit discouraging.

But you know what? My previous declutter attempts had prepared me for my full-house overhaul. Even though I thought I had failed at decluttering, in actuality I had removed some layers of stuff from my home. It reminds me of the part in the movie Shrek where Shrek was trying to explain to Donkey what it’s like to be an Ogre:

Aren’t our homes like that as well? Layers. Of stuff. Of love. Of memories. Of life.

So whether you’re decluttering for the 1st time or the 20th time, don’t give up. It’s not in vain. Just keep working on removing the layers of stuff.

You’ll be glad you did.

{Linking up at All Kinds of Things}

« Finding Quiet Rest in a Busy Culture
Helping You Organize Your Home and Home-Based Business: A Fantastic eBook Bundle! »

This site uses Akismet to reduce spam. Learn how your comment data is processed.

A Note from Davonne

Hi! Are you weary from accomplishing the same, seemingly invisible tasks every day and wondering if what you do really matters? I was. If you need to believe, deep in your soul, that your role at home is valuable, then you've come to the right place. Read More

No images found!
Try some other hashtag or username