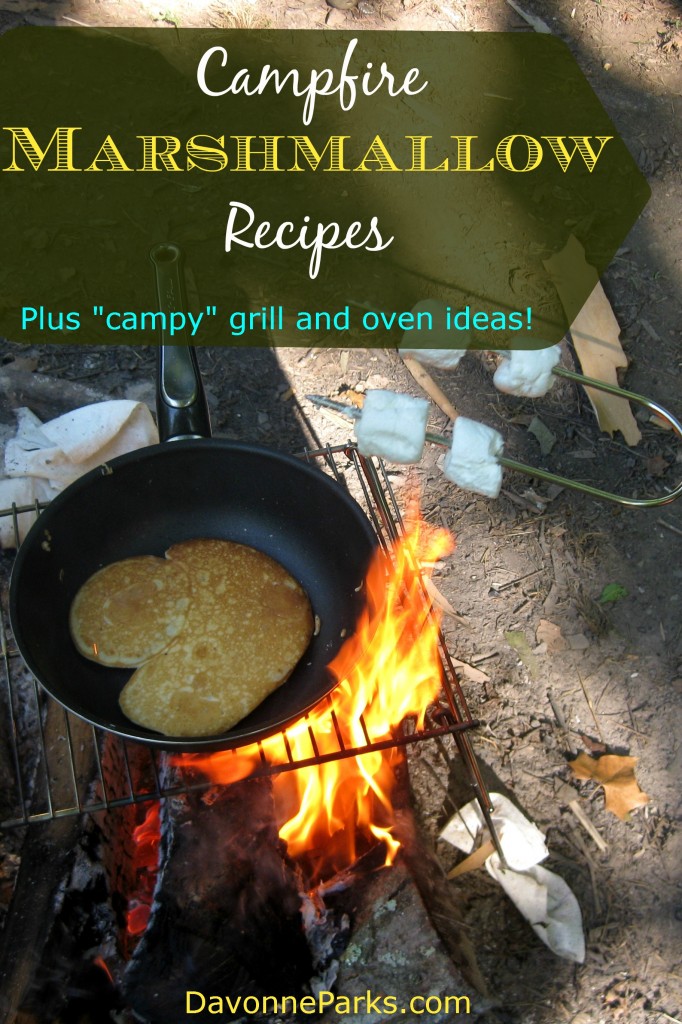 My family loves to roast marshmallows over a campfire and some of us are huge fans of the traditional s’more (graham cracker, melted chocolate, and a roasted marshmallow – it doesn’t get much better than that!).  But lately we’ve been branching out and trying some new things.

Here are a few ideas:

1) Plain roasted marshmallows.
The first time I suggested this, my kids were skeptical. But after an evening of perfecting marshmallow-roasting techniques, they were sold on the simplicity and deliciousness of experiencing a marshmallow by itself. And I was sold on the frugal-ness and simplicity of not needing to buy extra ingredients 🙂

2) Use Reece Cups instead of Hershey’s chocolate bars.
I haven’t personally tried this but my brother made some when we were visiting and Lily said they were possibly better than regular s’mores! 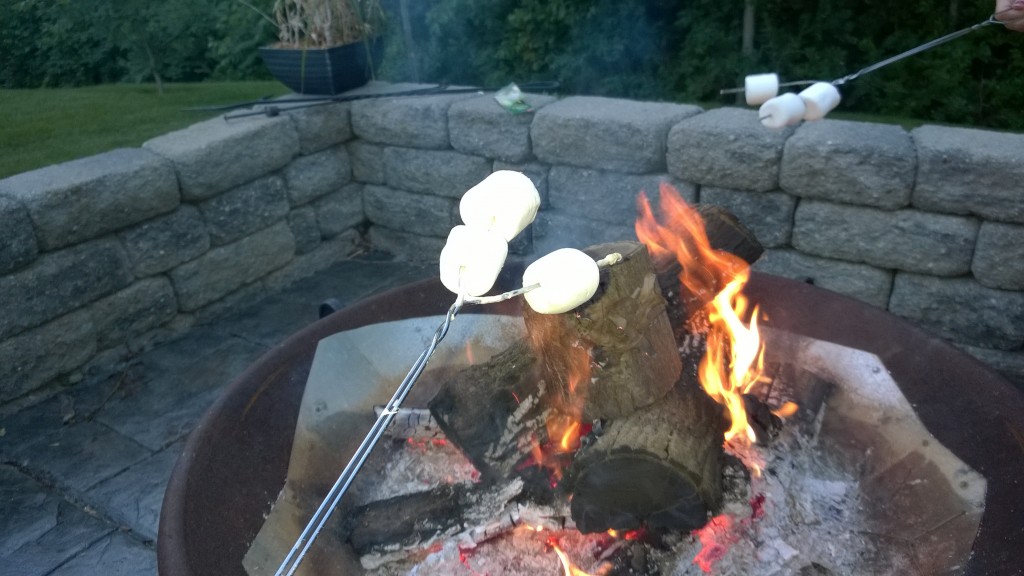 3) Make it (a little bit) healthy.
Instead of using graham crackers to hold our junk food, sometimes we’ll slice an unpeeled banana lengthwise and fill it up with whatever we want. Marshmallows, peanut-butter, chocolate chips… you could even try drizzling caramel or crushing up graham crackers inside the banana. Go here for a photo and more instructions about the grilled banana. (And go here for a similar idea in apple form.)

Just don’t forget to wrap this treat in foil before cooking!

Note: Bananas and apple slices also taste great when cooked on the grill!

4) Roast strawberries in marshmallow fluff.
Another recipe that I haven’t tried yet but really, really want to! Here’s the pin for this beauty of a treat. 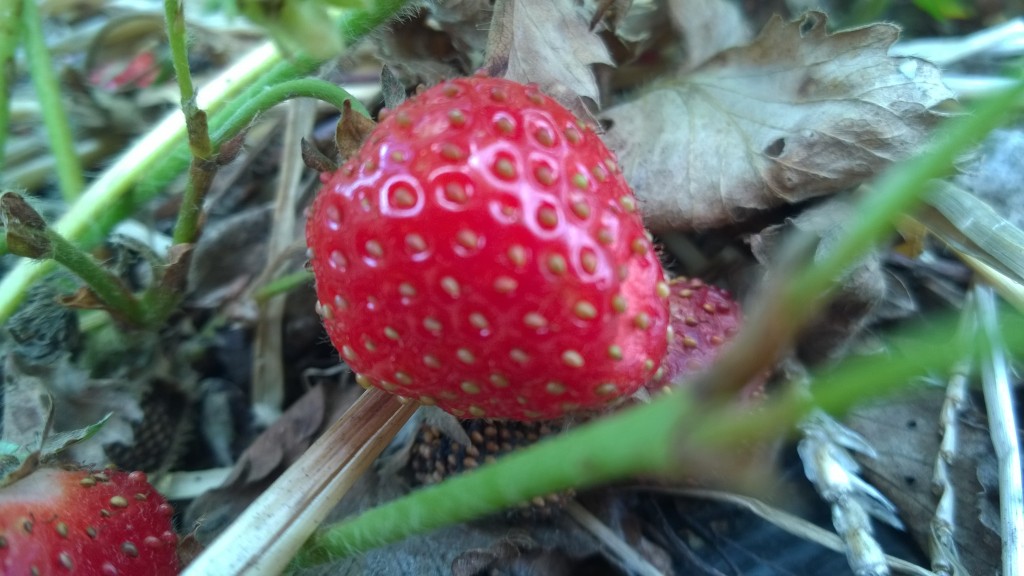 When the outdoor cooking fails you:

5) Roast marshmallows inside.
Cooking marshmallows in the oven may not have the same effect as a campfire, but when the kids are itching to camp-out and the weather isn’t cooperating, this is a fun substitute. Just broil the marshmallows until they’re slightly browned and gooey-looking. (Go here for cooking instructions and photos.)

6) Make brownie s’mores!
Lily has made brownie s’mores before and they are delicious! Unfortunately, I have no idea where the original recipe is that she used, but Gluten Free on a Shoestring has never steered us wrong with a recipe, so I’ve pinned this amazing looking brownie s’more recipe for us to try next!

What about you? What’s your family’s favorite campfire dessert?

PS Go here for more camp cooking inspiration and go here for a list of 15 free outdoor activities you can do in 15 minutes or less!

Confession: I’m terrible at menu planning! I’ve tried and failed many times. But, when I do manage to keep up with menu planning, I’m always amazed at how much it helps out at dinnertime. So I’m determined to keep trying and to keep making progress. That’s why I agreed to make Frugal Homeschool Family’s weeknight… 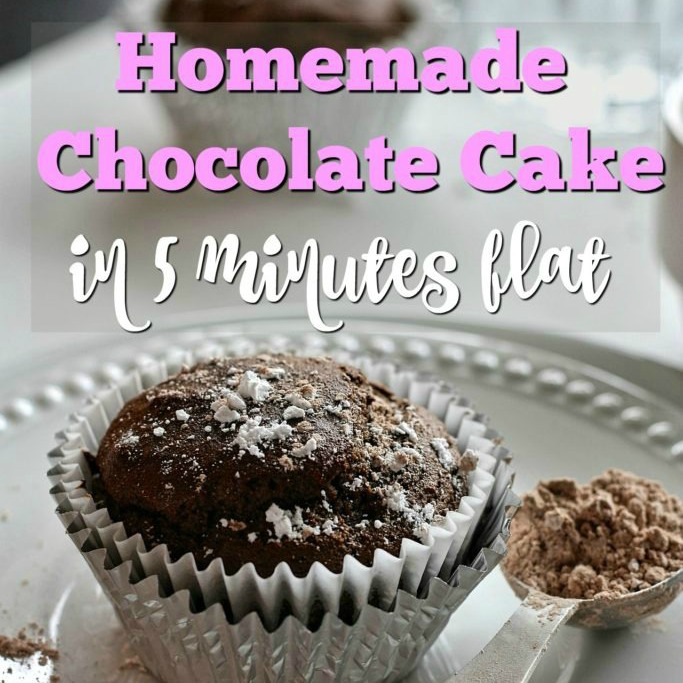 I’ve always considered myself an introvert, but sitting on my back porch with a mix of close friends and near-strangers makes me reconsider. Deep, vulnerable parts of me are soothed. Laughter is often and loud. Occasional tears hush the chatter as we listen, nurturing the heart of the one who shares about her struggle. As…

Happy Thanksgiving! Hopefully you’re having a lovely day with your family. But if you’re feeling a little frazzled right now, I recommend taking just a few minutes to read this Live More, Love More Thanksgiving Recipe at Hands Free Mama. If you’re celebrating Thanksgiving this weekend instead of today, make sure to check out…

My family is currently eating a mostly whole foods diet. We love feeling great but I don’t love spending hours in the kitchen every single day. I also don’t menu plan. So I need quick and easy last-minute meal options that don’t require fancy ingredients and that I can have ready in under 30 minutes,…

My home is a bit of a mess right now. It reminds me of the time when I found The Messies Manual buried under a pile of stuff in my bedroom closet. Ahem. The good news is that I’m going to clean this mess up. And posting horribly embarrassing before photos. Starting tomorrow. In the…